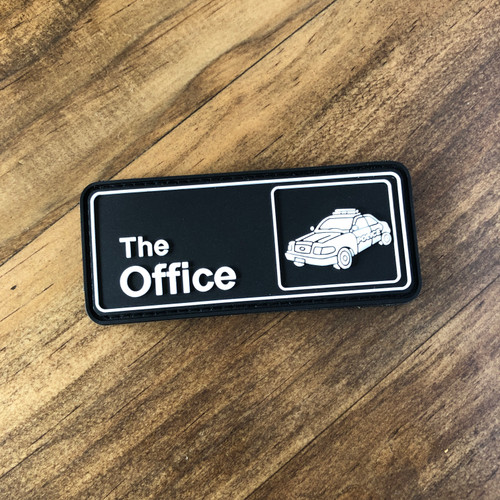 3.5 inches by 1.5 inches with velcro backing

The evolution of police patrols have seen many changes over the years from foot patrols, patrols on horseback, and now the patrol vehicle. Patrol vehicles have become an iconic symbol throughout history marking an era in policing. Everyone has their opinion as to what was/is the best police vehicle but one that would probably dominate the list is Ford's Crown Victoria/ Police interceptor. These patrol vehicles have become more than a mode of transportation. It's also an office.